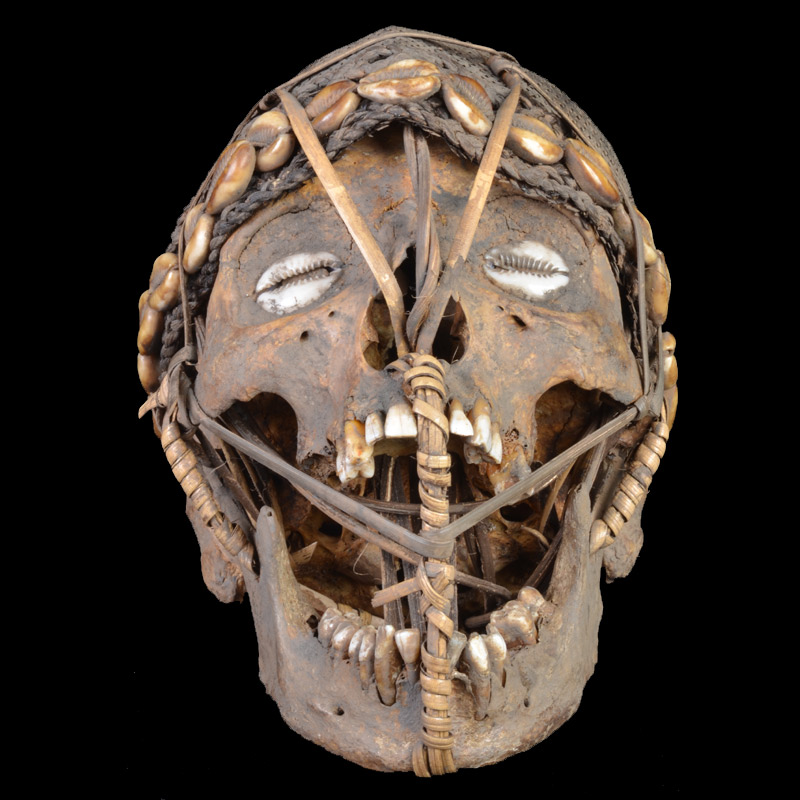 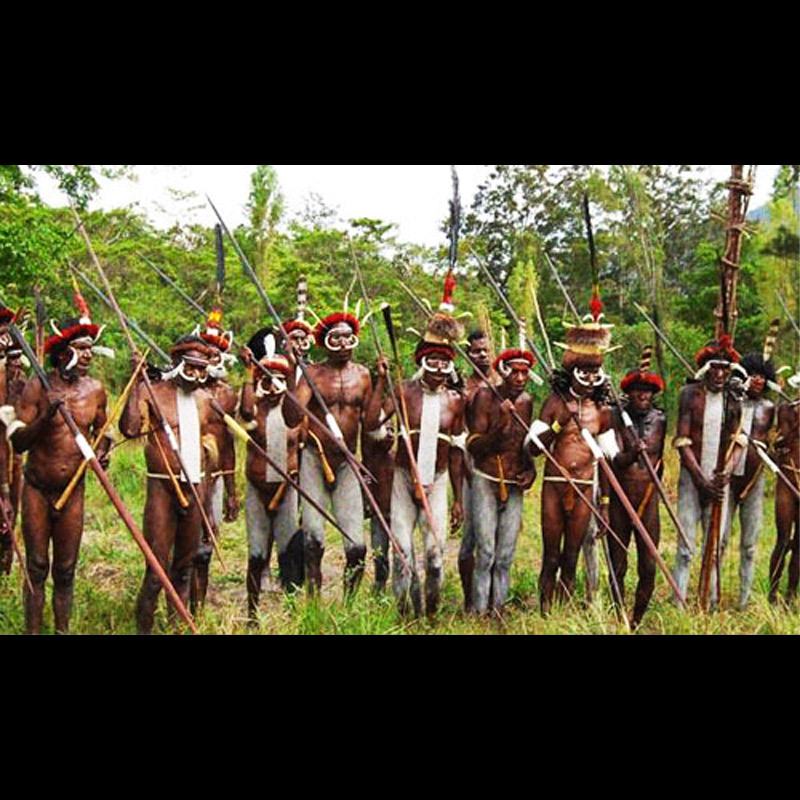 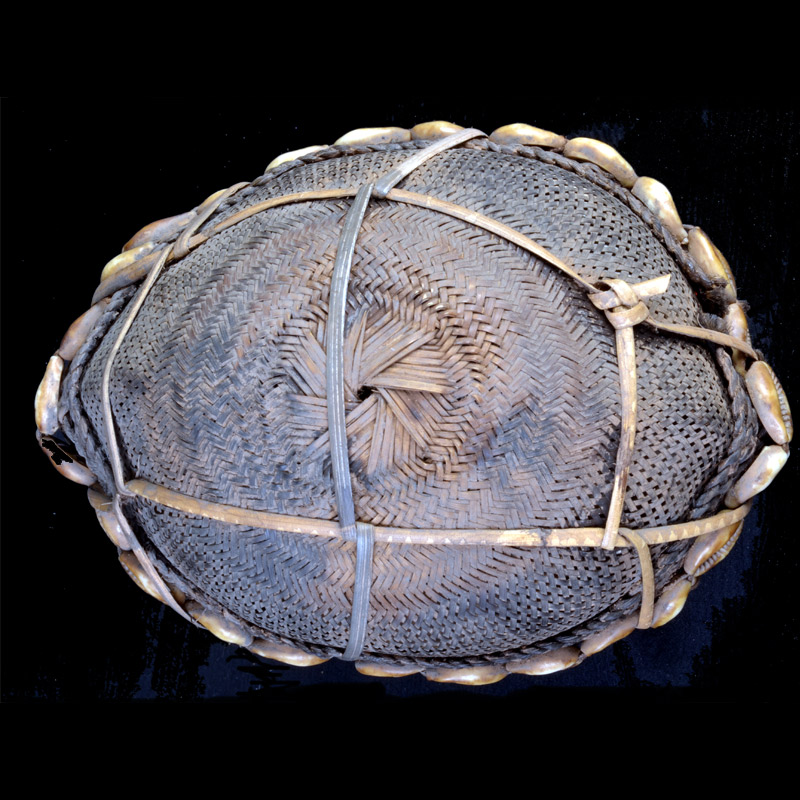 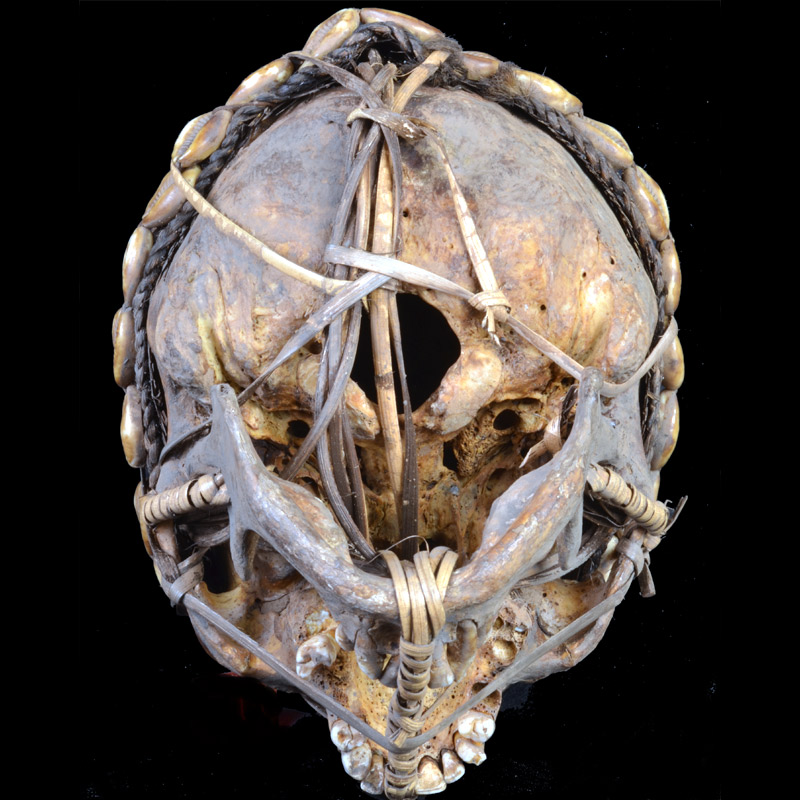 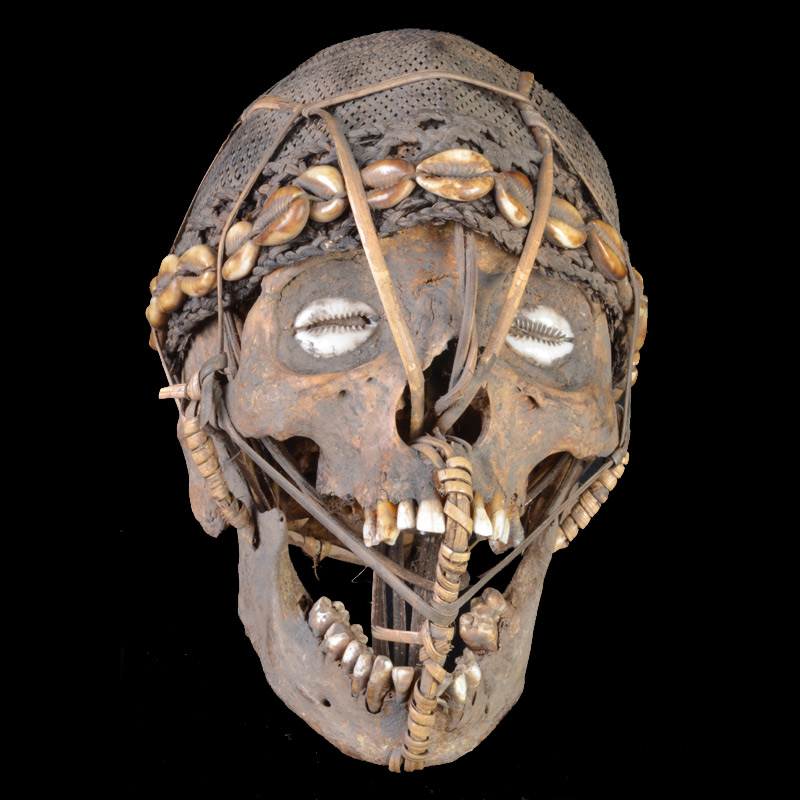 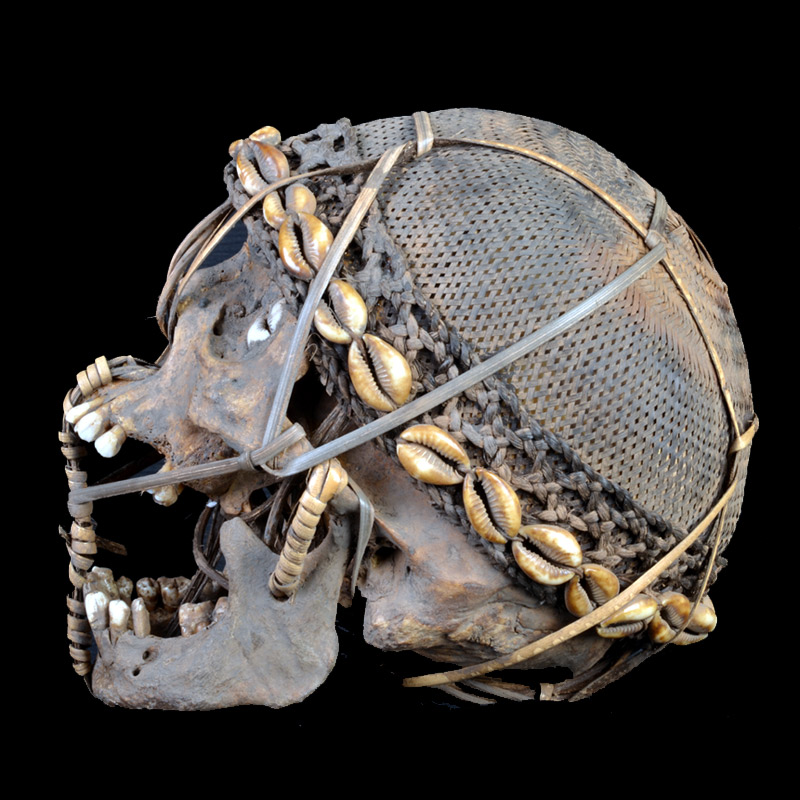 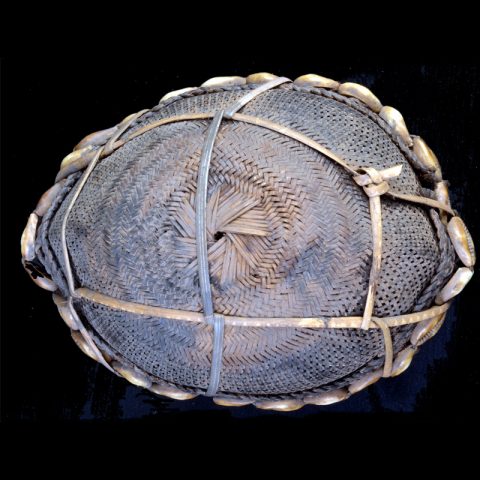 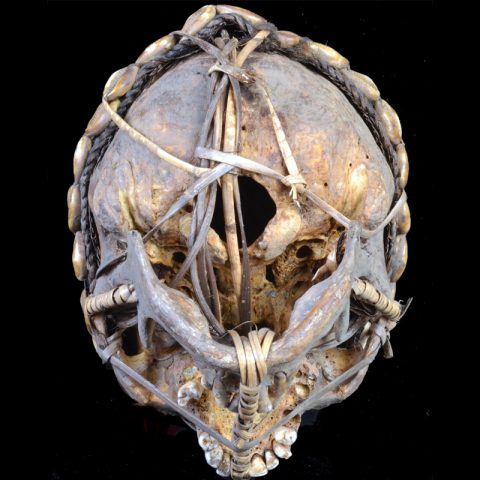 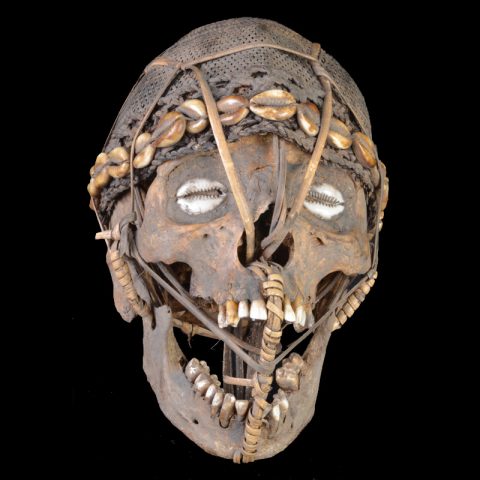 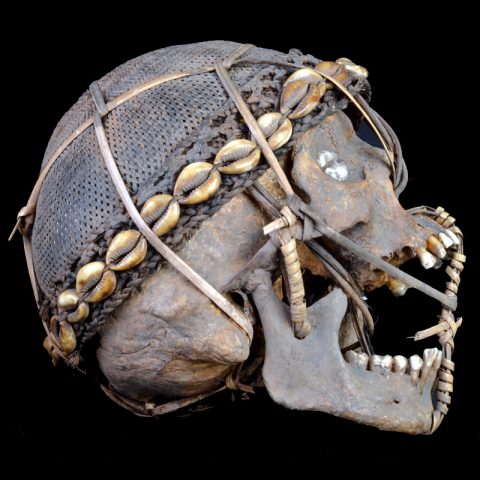 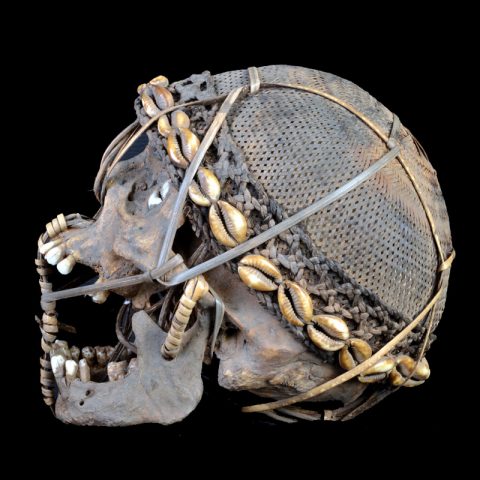 This Headhunter trophy is decorated with cowrie shells, bamboo weaving and basket work cap. This piece is bonafide and dates for mid to early 20c. It would make a fine ornament for a small child’s bedroom.

The Asmat are a Melanesian people who live within the Indonesian province of Irian Jaya. Asmat was a word that put fear into the hearts of people for many years, it is synonymous for cannibals. During times of war, they ate their enemies brains in halved skulls mixed with sago worms.

They not only worshipped the skulls, but used them for pillows. Interaction with Christian missionaries forced them to change their ways. Not only were they headhunters, they also hunted for names. They would not get a name until they took the name from someones’s head, or sometimes from another deceased party. The eyes and nasal cavities were closed up to prevent evil spirits from getting loose.