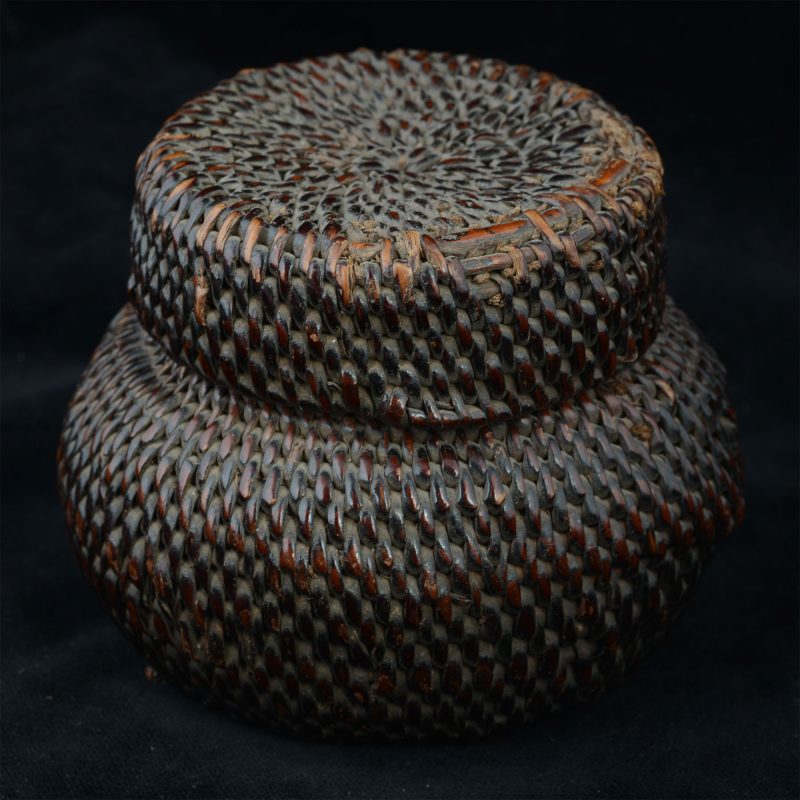 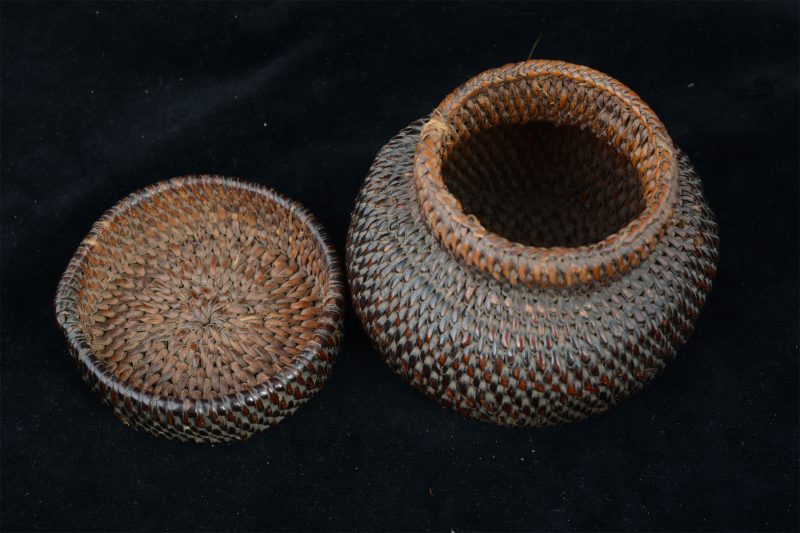 A nice old covered basket made by the Dong people of China.

A nice old covered basket made by the Dong people, a Chinese ethnic group. Round with a flared waist, and an old dark patina.

The Dong ethnic minority lives primarily in the border regions between Guizhou, Hunan and Hubei Provinces, and it was during the Tang Dynasty (618-907), that this minority separated from the mixed minority ‘Bai Yue’, naming themselves Dong. Now their population is 2,960,293. Their language is a branch of Zhuang-Dong Group of the Sino-Tibetan phylum though many of them also speak Chinese