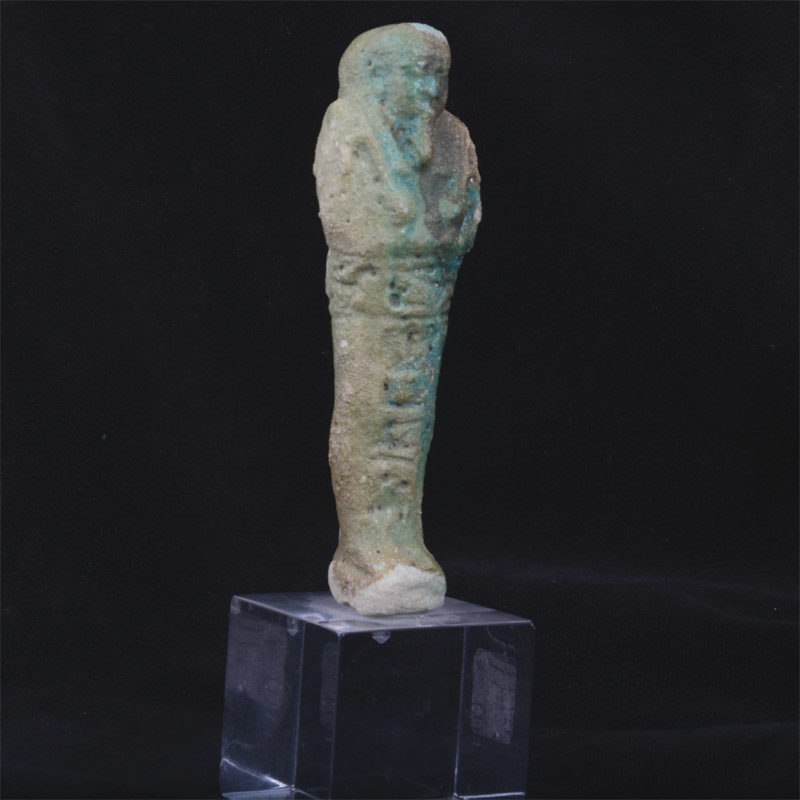 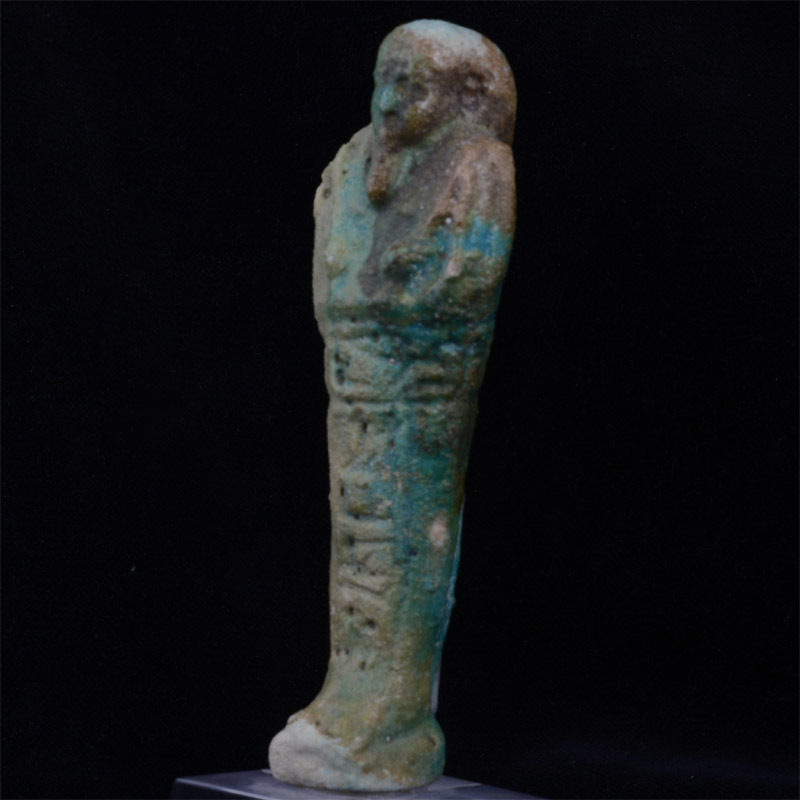 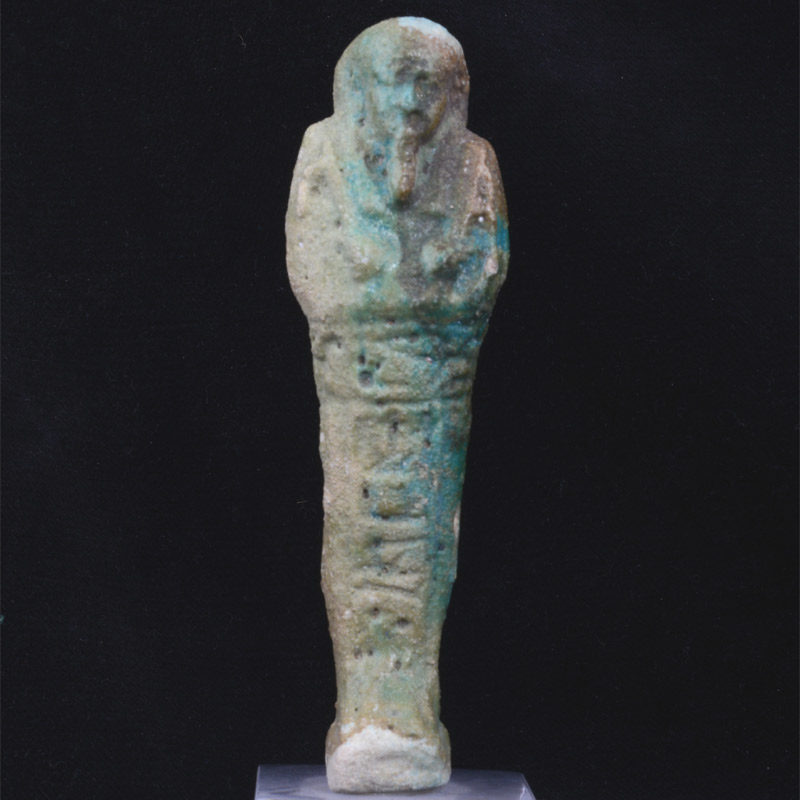 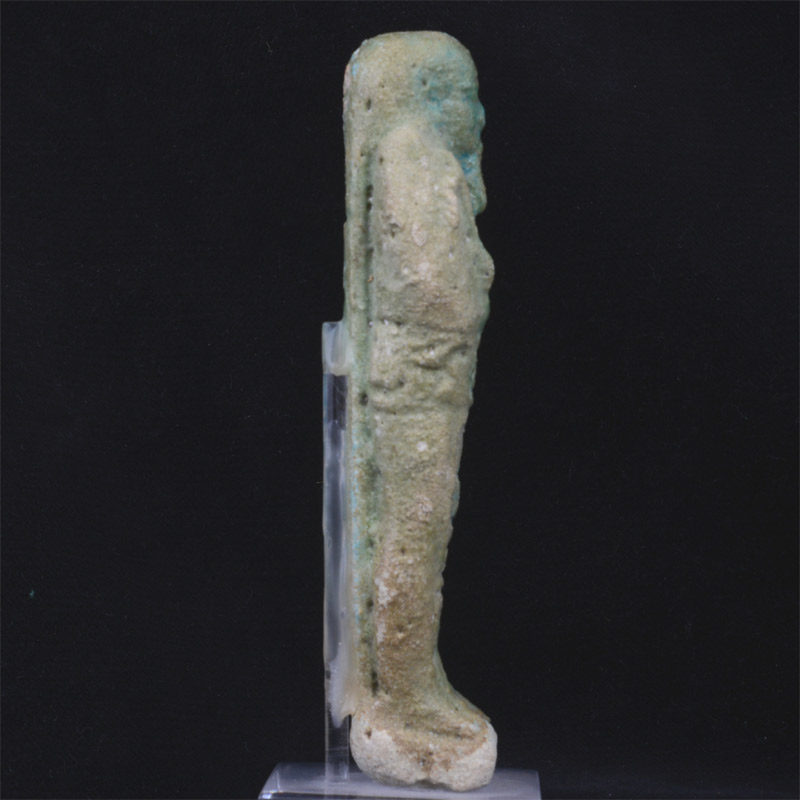 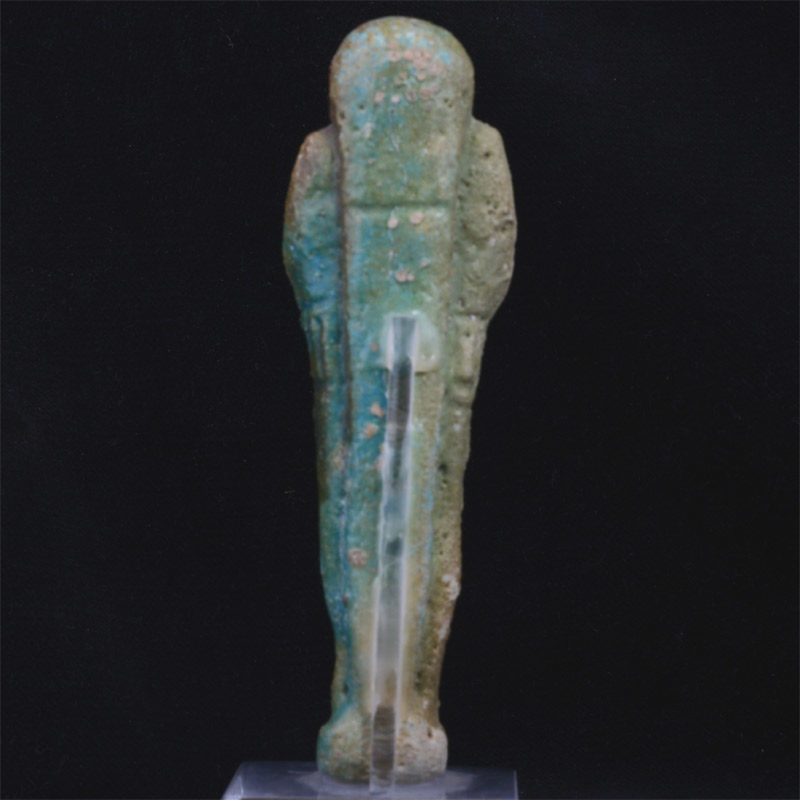 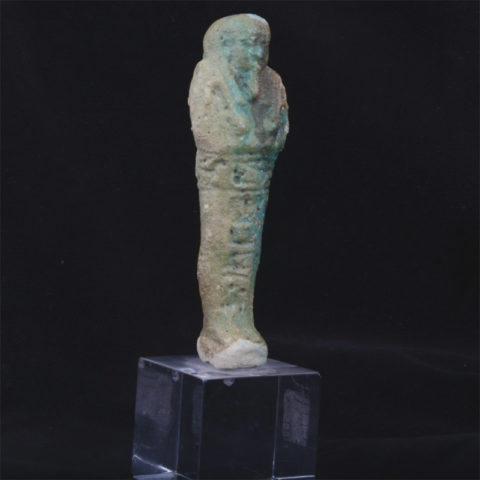 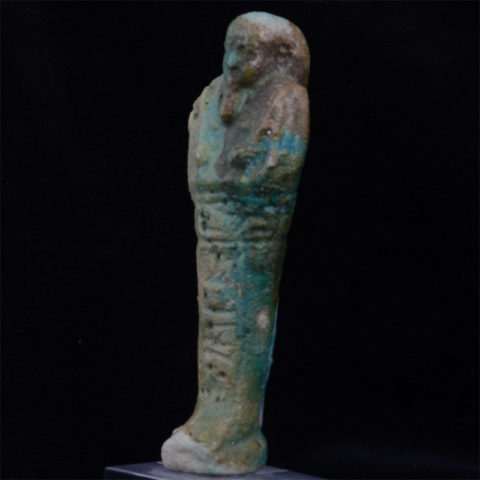 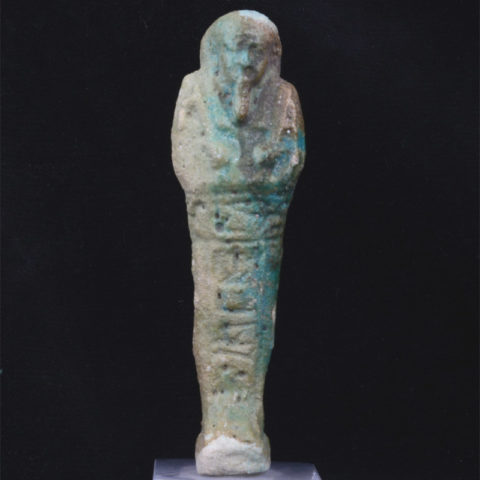 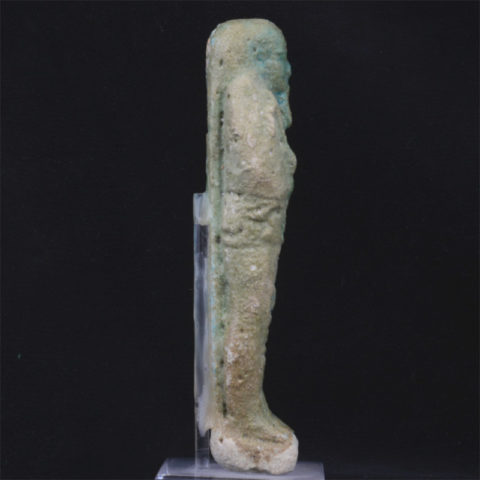 A very cool little Ushabti with hieroglyphics, which I frankly cannot decipher.  Made from faience.
A Shabti, or Ushabti is a small human figure representing a person who would perform a given task for the deceased in the afterlife. The Amduat (underworld) included tracts of land granted to the deceased by the sun god Ra from which the blessed dead could receive their nourishment. Unsurprisingly, wealthy nobles and royalty did not plan on doing any work themselves and so they would take their (symbolic) servants with them. Later
Ushabti) were inscribed with a magical formula which would activate them. Shabti were made from various materials including; faience, wax, clay, wood, stone, terracotta and, occasionally, glass and bronze.
4 1/4″ tall and mounted on a lucite base.
600 BCE – 30 BCE  (Ptolemaic)