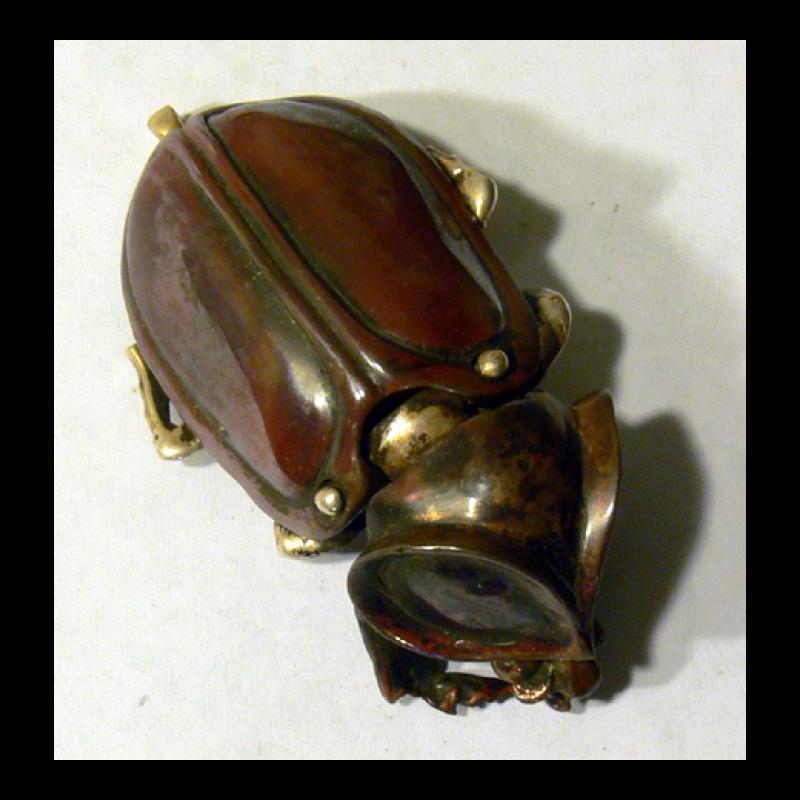 At over 2″ long, this is a big piece. The three major body parts are articulated and cast in the Japanese mixed metal known as Shibuichi. The wing covers lift open, and the legs wriggle (just like real bugs!).
At a guess, this one dates from the early 90’s. Bob has always made these spectacular one-of-a-kind pieces to order, and generally casts the major parts from ‘life’ (real beetles, which Tiger Tiger has been happy to bring back from Thailand and other exotic locales). We keep trying to get him do more, but, like beetles, Bob’s attention flits elsewhere.

Designed and produced by Robert Burkett.