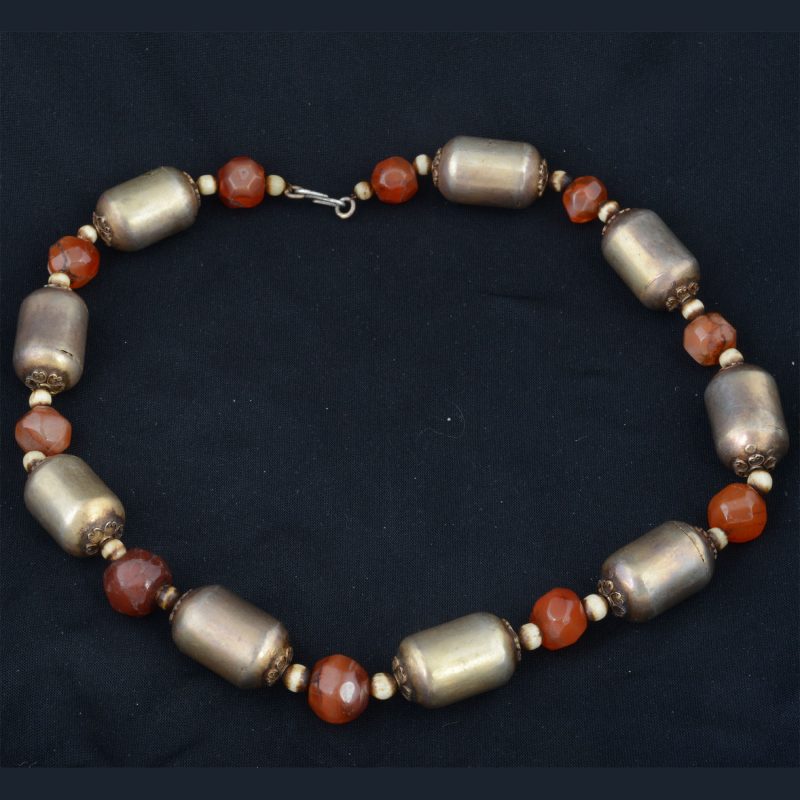 The Kandy Kingdom of Sri Lanka (1500-1800), when it was taken by the Portuguese. During its period of grandeur, it imported faceted carnelian beads as components of its jewelry from South India that became known as Kandy Kingdom Beads to complement the elaborate attire that was the royal fashion of the day. Weddings now in Sri Lanka have a tendency to dress in the Kandy Kingdom style.

Purchased in Kandy in its original configuration in 1995.