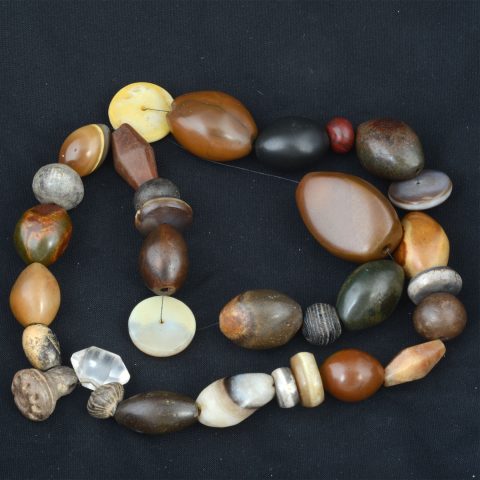 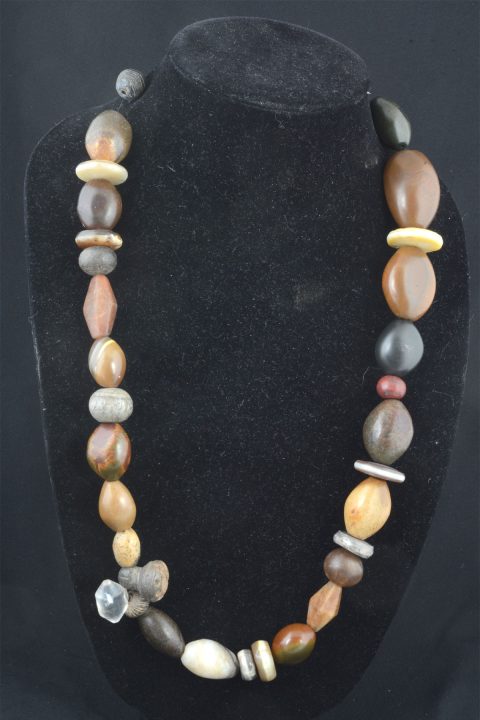 An assorted collection of unique handcrafted ancient beads of precious gemstone agate, jasper, quartz, and carnelian. Can be fashioned to feature in unique custom jewelry designs- or worn as is on the strand. The colors range in neutral hues from crystal clear to brown and black.

The 3rd century BCE saw the Mauryan Empire in modern-day India and some parts of Iran, led by Ashoka, later a Buddhist convert. He established a thriving commercial empire with links into far-reaching regions. Scholars believe that stone chips and semi-precious beads found in the region suggest active manufacturing centers. This strand is of Mauryan stone beads. The colors range from brown to black of materials including crystal and agate. Excavations at Narsingdi provided a missing link in determining dates. The beads on this necklace date from that period.