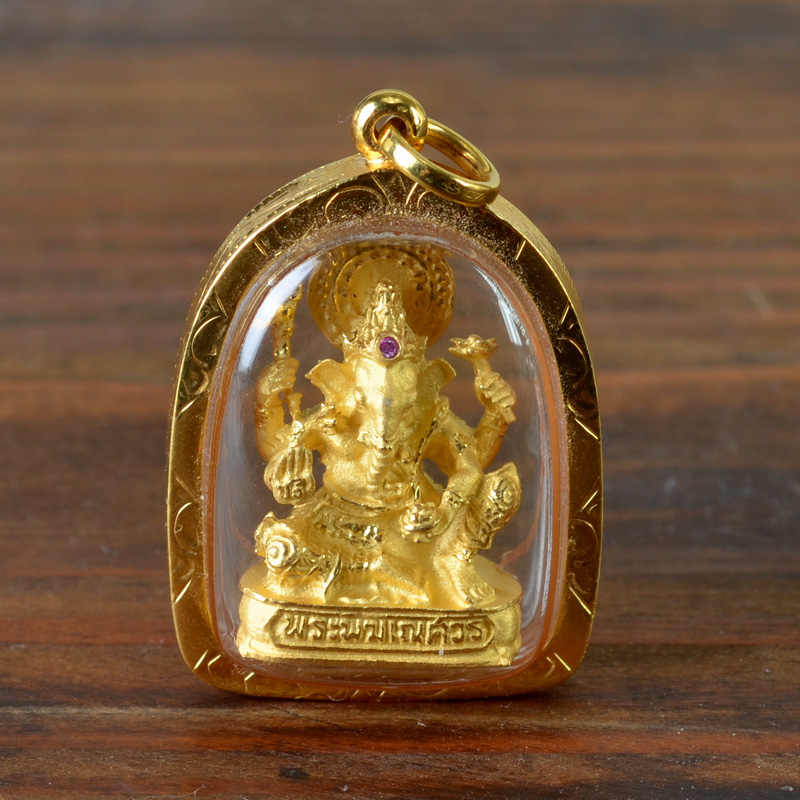 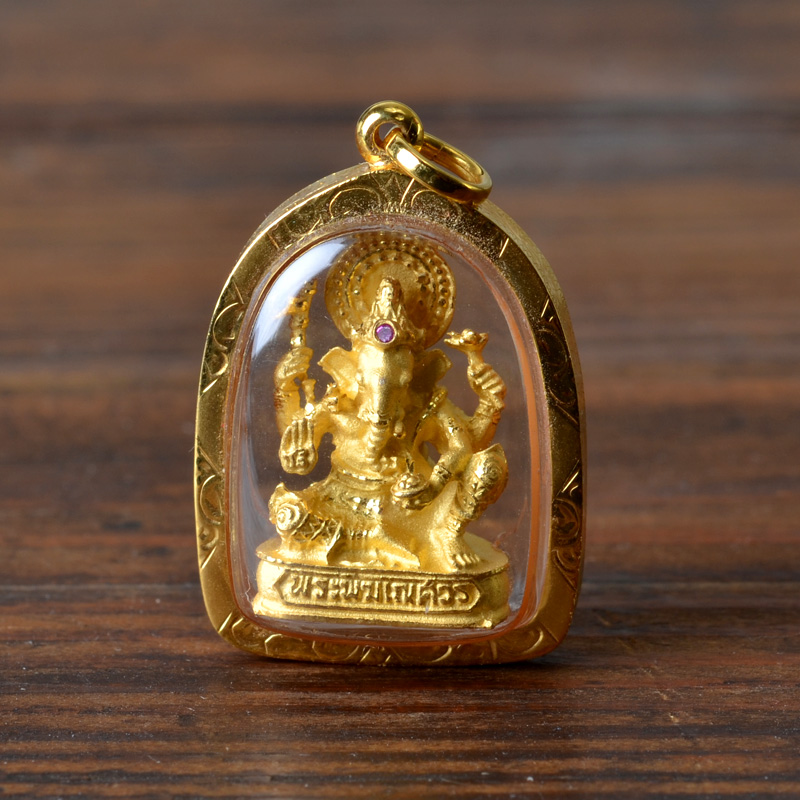 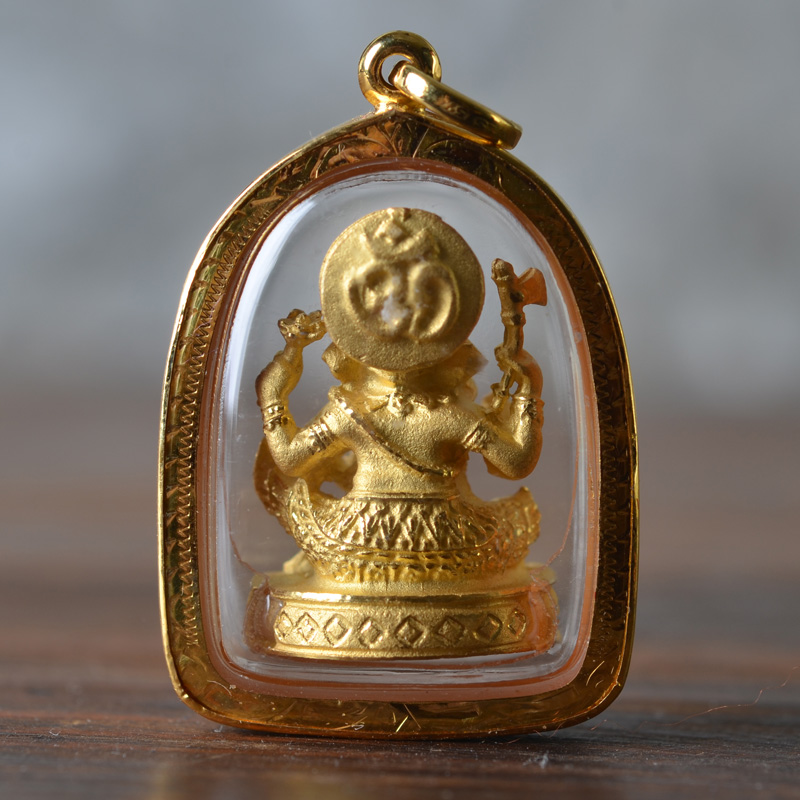 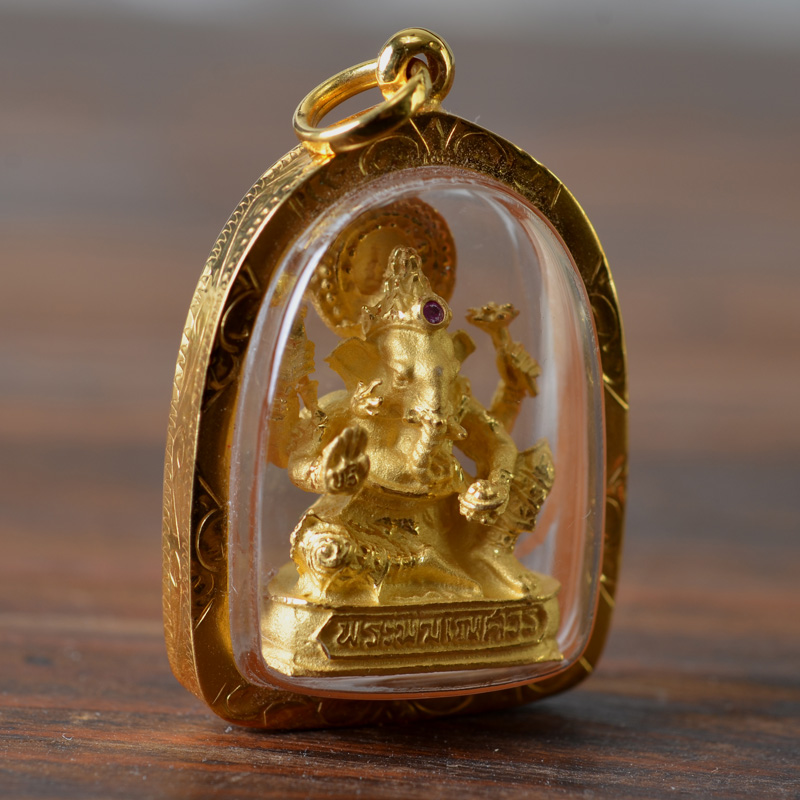 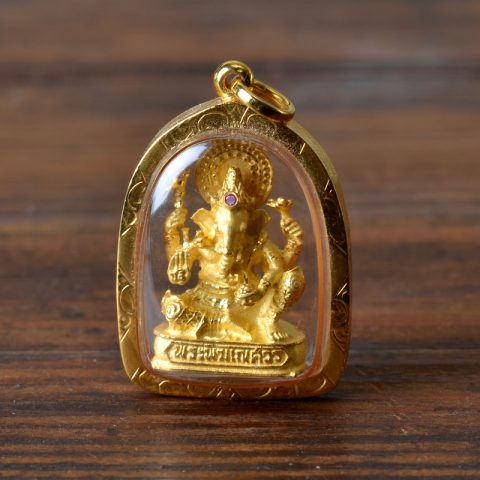 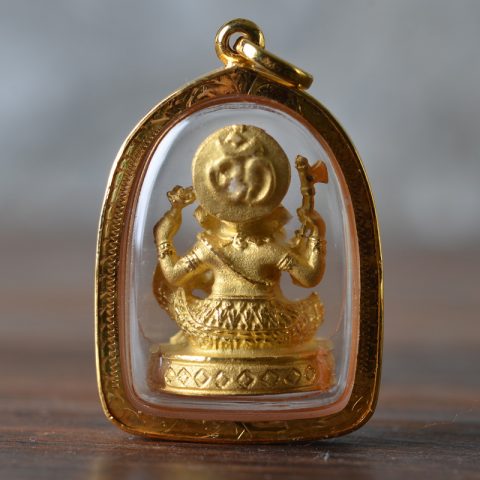 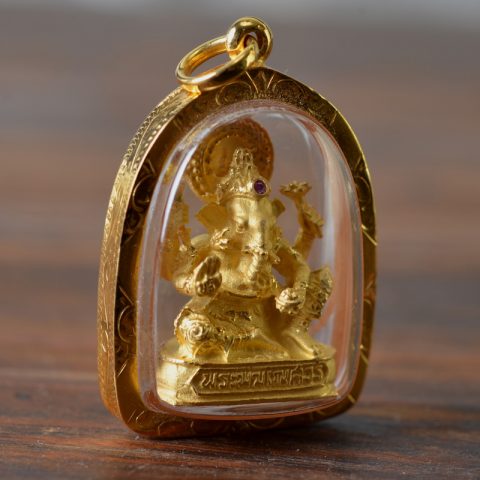 The deity is vermeil encased in a 23K solid gold frame.

This Thai Gold Amulet is a beautiful piece depicting the deity Ganesh*. Ganesh is the leader of the community of Hindu gods and awakens ones spiritual meditation and guides them on their path. This amulet depicts Ganesh in a seated pose with four arms and hands, symbolizing divinity. In each hand he is carrying an axe to cut off all bonds of attachment,  a rope to pull you nearer to the highest goal, and a bowl of sweets, and one with it’s palm facing forward as a blessing.   On his forehead is a small ruby.  Wearing Ganesh is believed to remove all obstacles, and embody wisdom and success. It is also said to bring good luck in personal life as well as professional ventures.
*Also called Ganesha, Vighnaraja

The deity is vermeil encased in a 23K solid gold frame. This is a popular devotional item in Thailand, bought directly from the artisans who create them.
27mm