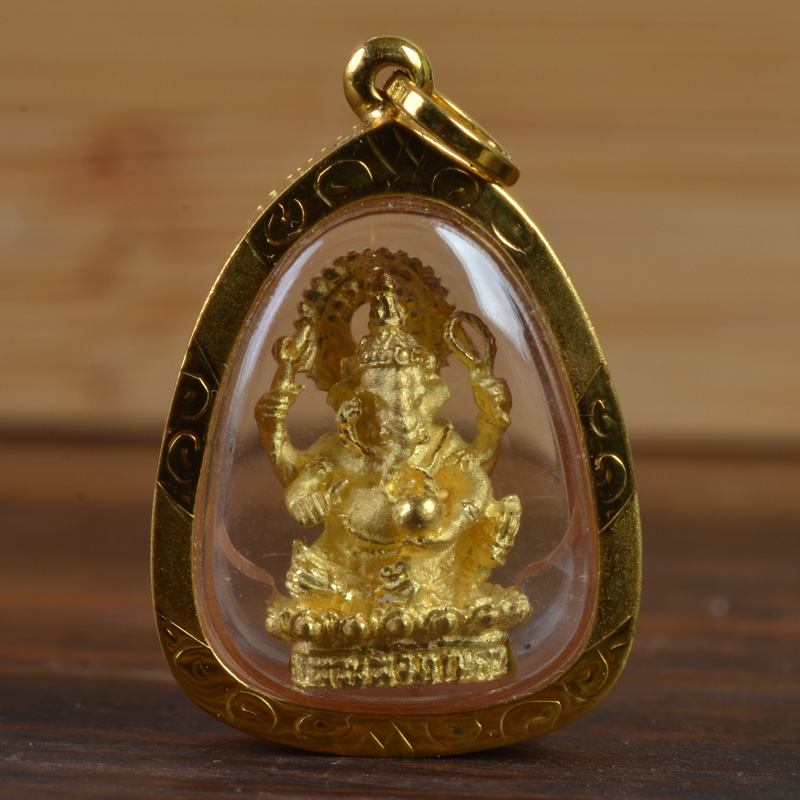 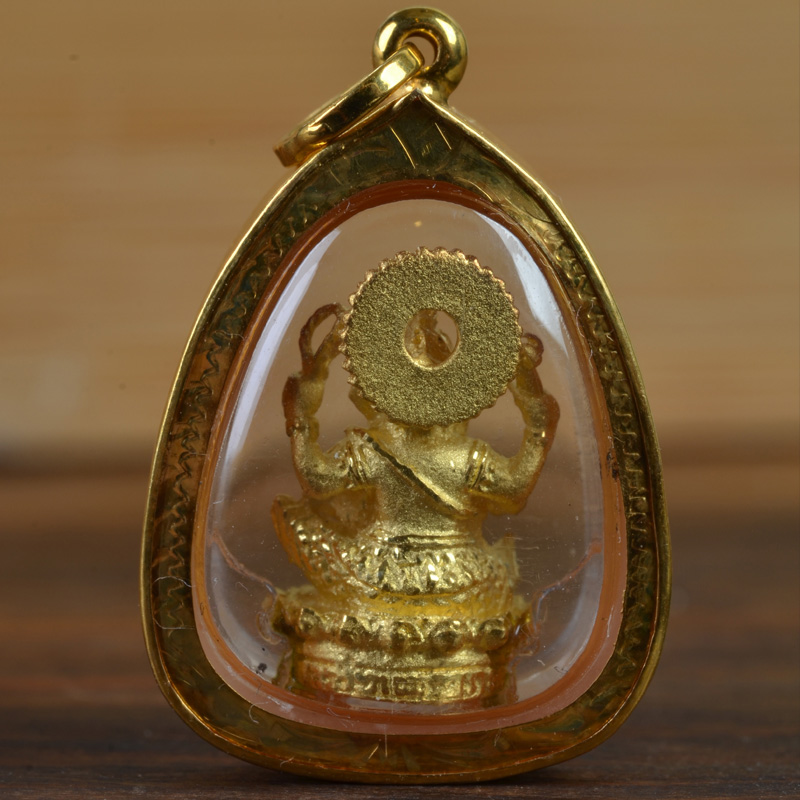 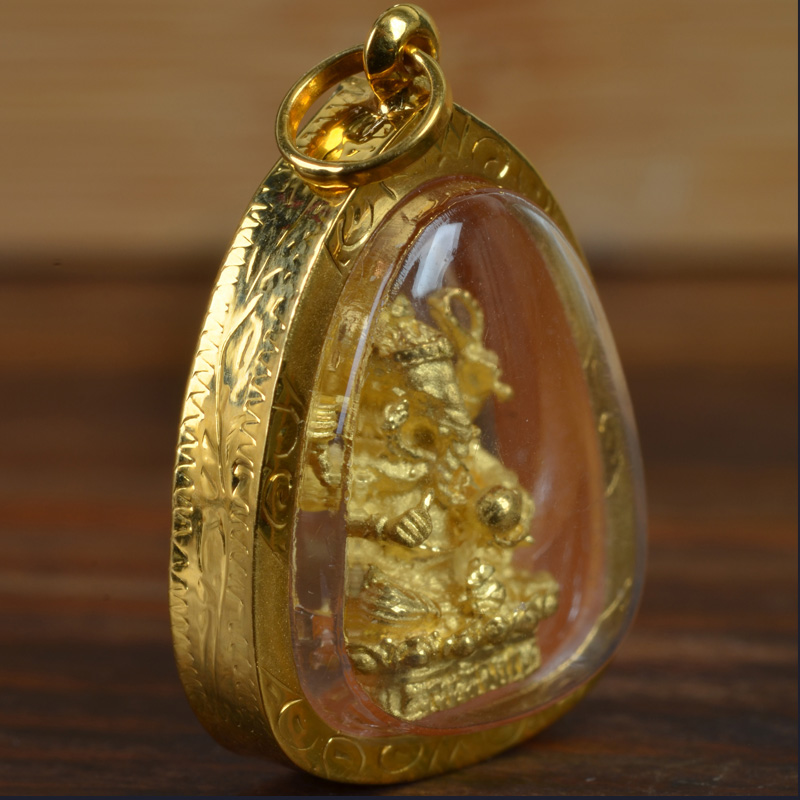 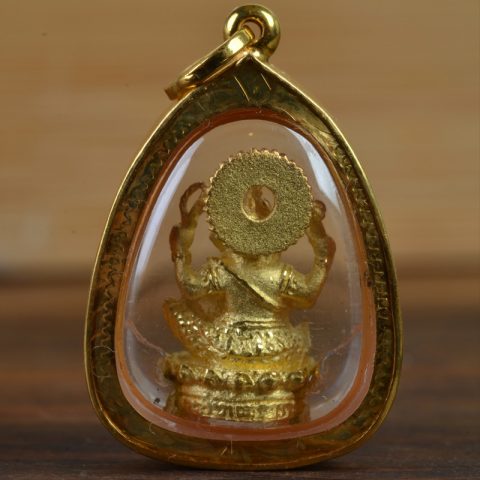 This Thai Gold Amulet is a beautiful piece depicting the deity Ganesh*.  Ganesh is the leader of the community of Hindu gods and awakens ones spiritual meditation and guides them on their path.  This amulet depicts Ganesh in a seated pose with four arms and hands, symbolizing divinity.  Ganesh’s body is considered grotesque to show illusion and duality. His Elephant head symbolizes calmness, majesty, wisdom and strength.  His Large Ears represent discernment,  and supernatural auditory powers, and his large belly symbolizes completeness, contentment and fulfillment.  A small mouse by his feet shows control of desire.  Wearing Ganesh is believed to remove all obstacles, and embody wisdom and success.  It is also said to bring good luck in personal life as well as professional ventures.